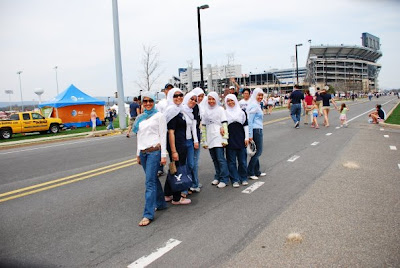 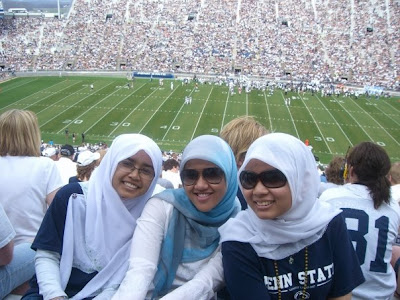 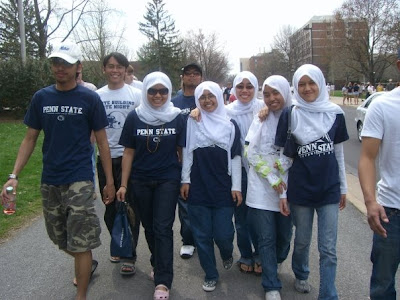 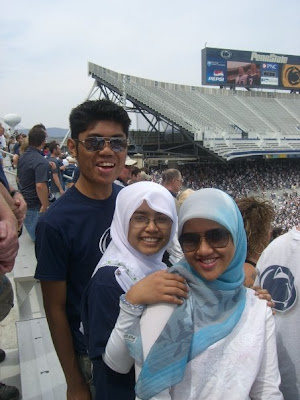 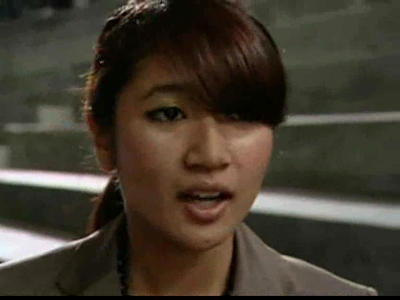 Finally, Saida was out. It's just a matter of time and order of elimination. Sooner or later, she would be eliminated from this competition. As usual, I just listened to ERA this morning while decorating my display board for tomorrow's International Spring Festival. I'll be in-charge on booth.Wel..it's not too bad because it's a free admission for volunteers.ehehe

I was so tired last night playing basketball with the other girls and a few 'sesat' boys.heheh.the 'sesat' boys were Apai, Fawwaz and Budin. It's my 1st time playing basketball.....in the past 5-6 years.Ye2..aku mmg jarang bersukan pon.But lately I was like accumulating the Midwest spirit..since playing soccer with Malay and Arab girls last week.gle bunyi cam puaka

And now,just came back from watching football match for Blue and White Weekend. Again..another 1st time for me-watching a football match. Lots of pennstaters and also the alumnis were wearing blue and white.it's totally a sea of blue and white society in the Beaver Stadium just now. Haleem, Wan and I left a little bit earlier from the rest since we felt like eating ice-cream at the creamery..we should've expected that the line was veryyyyyyyyyyyyyy long that we ended up buying smoothies at the Mix.

feeling sleepy la right now..tomorrow's gonna be a fun event-International Spring Festival.I would write something about that soon.

By the way..did anyone watch Sindarela 11 last week?Not a big deal..ehehe..but my niece appeared as an extra in the show.She played as a reporter at Zoela'a college. Enjoy the snapshot!
Posted by YaYa at 5:31 PM